Dáil Éireann: What’s in the name?

The centenary of the establishment of Dáil Éireann, the first sovereign Irish parliament in the modern era, was celebrated in January 2019. It is interesting to note, however, that there were many sovereign parliaments, or deliberative assemblies, in Ireland in the centuries prior to the destruction of the Gaelic order. These parliaments generally comprised nobles and clergy and were convened by the local or provincial king or even the High King himself.

One of the most famous of the early parliaments in Ireland – Mórdháil Dhroim Ceat (Mór+Dáil) – was convened in the year 575 by the High King of Ireland, Aodh Mac Ainmire, in Droim Ceat (now anglicised as Drumkeath / Daisy Hill, near Limavady, Co. Derry) and was attended by the renowned Saint Colm Cille. 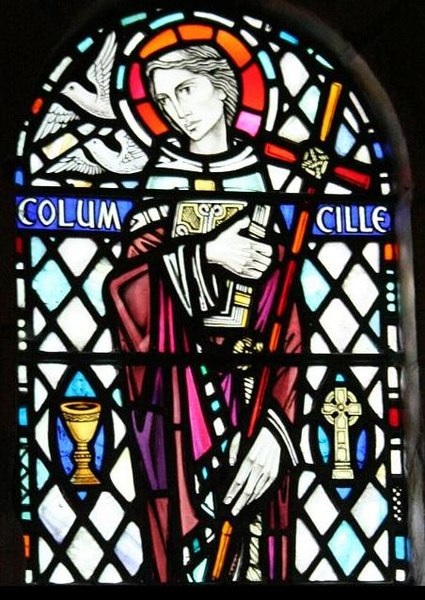 One of the important matters decided at this parliament was clarification of the status and role of the Bards as official chroniclers of the achievements of the head of state, as King Aodh was apparently of the view that the fourth estate of the time had generally lost the run of themselves and were not affording him sufficient respect. Their efforts to ridicule the crown jewels were particularly resented and their banishment from Ireland was being considered. After much discussion, it was eventually decided that the Bards could remain but on strict conditions as to their future behaviour.

A more important decision of Mórdháil Dhroim Ceat was the resolution to recognise the independence of the Irish colony of Dál Riada in Scotland. The Dál Riada colony had been established in the 5th century and was extremely successful in developing Gaelic power and influence in Scotland. The decision of Mórdháil Dhroim Ceat to recognise the independence of Dál Riada would have long-term effects and eventually pave the way for a kingdom of Scotland which would be independent of Ireland and, indeed, of the Anglo-Saxon colonies established in Britain during the preceding hundred years (soon to develop into what we now know as England).

We assume that the Mórdháil opened with a prayer for divine inspiration as a report written centuries later suggests that the success of the event was due in no small part to the appearance late in the day of angels from Heaven. It is interesting to note that the custom of appointing clergy ex officio to parliament is still practiced in the neighbouring jurisdiction – the United Kingdom.

We will have noted that the name of the Gaelic state in Scotland was Dál Riada. The word ‘Dál’ in this sense is related to the modern Irish verb ‘dáil’ (to distribute, apportion) and signified the territory of a social grouping around a dynasty. Indeed, the Welsh word ‘dalfa’ still has, as one of its meanings, ‘a holding of land’. Kingdom names based on ‘Dál’ were not uncommon over the centuries as the kingdoms of Dál nArraidhe (bitter foes of Dál Riada and now county Antrim), Dál Chormaic (now south county Kildare), Dál nDruithne (mostly now county Roscommon), Dál Fiatach (now east county Down) and Dál gCais (now county Clare) reflect.

The choice of the word ‘Dáil’ (in the meaning ‘consultative assembly, convention’) as the name of the parliament of the new Irish Republic was a clear reflection of the intention of the founding men and women that the names of the political structures of the Republic would be symbolic and confirm cultural and historical links with the political structures of pre-conquest Ireland rather than those established by the colonial power. Indeed, reference is made in the ancient Brehon Laws to ‘do shuí dála’ (‘your seat in the dáil’)! The phrase ‘dáil chomhairle’, with the meaning ‘consultative process’, is still common in the Irish language today. Also used in general speech today is the phrase ‘i ndeireadh na dála’ which literally means ‘at the end of the assembly (= the discussion)’ – ‘when all is said and done’.

The word ‘dáil’ is also used in the phrase ‘i ndáil le’ (= in relation to) and this phrase is quite common in official documentation. Indeed, an effort to change a document of Dáil Éireann to a document of Seanad Éireann by simply carrying out a search and replace exercise for the words ‘Dáil’ and ‘Seanad’ would be thwarted not only by the genitive case (of course!) but by the replacement of the phrase ‘i ndáil le’ with the meaningless ‘i nseanad le’!

There are a number of compound words based on ‘dáil’ – ‘mórdháil’ (‘mór’+’dáil’ – a great assembly (see above)), ‘comhdháil’ (‘comh’+’dáil’ – joint assembly (conference)), ‘éigeandáil’ (‘éigean’+’dáil’ – necessity assembly (emergency)) and ‘bandáil’ (‘ban’+’dáil’ – an assembly of women). There is also an adjective based on the noun, and Taoisigh who held many assemblies were deemed to be ‘dálach’.

The decision to name members of Dáil Éireann ‘Teachtaí Dála’ reflects the intention of those who established the Dáil that the new national parliament of Ireland would be a representative one and that its members would represent the people. A ‘teachta’ is a representative or an envoy, based on the old Irish verb ‘to go’. The Teachta Dála, therefore, goes to Dáil Éireann to represent the people. The line ‘dul do theachta ar fharraige fhuar’ (‘go on the cold sea as an envoy’) features in a poem by the 15th century poet, Philip Bocht Ó hUiginn.

‘Éire’, of course, is the name of Ireland in the Irish language. Indeed, it would appear that the name ‘Ireland’ comes from ‘Éire-land’. According to tradition, Éire (old spelling Ériu) was one of three sisters from the Tuatha Dé Danann (the peoples of the goddess Dana) who gave their names to the country, the others being Banbha and Fódhla. The latter two survive as symbolic and romantic names for Ireland. Tradition relates that the eponymous Éire is buried on the Hill of Uisneach, west of Mullingar, as Uisneach is traditionally regarded as the centre of Ireland.

The Stone of Divisions, Hill of Uisneach, Co. Westmeath / © 2020 Google

In the title ‘Dáil Éireann’, the name is in the genitive case. It is important not to forget to place the síneadh fada on the capital ‘E’ in ‘Éire’, as not to do so produces the word ‘eire’, which means a ‘burden’ (‘eire droma’ being ‘a backload’, for example) or ‘an encumbrance’ in the legal and financial sense.

‘Seanad’ also means ‘assembly’ and is the Irish word for ‘Senate’. It would appear that both ‘Seanad’ and ‘Seanadóir’ derive from the Latin ‘Senatus’ (‘assembly of elders’ – Irish ‘sean’ = ‘old’) and ‘Senator’. O’Dineen’s Dictionary (1927) gives the word as feminine rather than the masculine gender of the modern term (although it was possibly originally neutral). The word features in a placename in Co. Limerick – Seanaid (Shanid). It is interesting to note that the Welsh Assembly is referred as ‘Synedd’ in Welsh.

The word ‘Oireachtas’ means ‘illustrious assembly’ and is an old and established word in the Irish language. For example, Leabhar na hUidhre (The Book of the Dun Cow), compiled around 1100 AD, refers to ‘lucht an Oireachtais’ (the people of the illustrious Assembly). ‘Oireachtas’ was the name chosen to describe the national parliament in the Constitution of the Irish Free State (1922) and Article 12 of that Constitution provides that “A Legislature is hereby created, to be known as the Oireachtas.” A similar provision appears in Article 15.1.10 of the 1937 Constitution, Bunreacht na hÉireann, as follows: “The National Parliament shall be called and known, and is in this Constitution generally referred to, as the Oireachtas.” An interesting phrase from the Irish of Múscraí, in Munster, recorded in O’Dineen’s Dictionary, is ‘Cad é an t-oireachtas atá agaibh anso?’ – ‘What’s going on here?’

The official nomenclature of our national parliament, inherited from those who established our democratic institutions, is of historic, cultural and national importance. It reveals a vision that survived through long and difficult times and overcame almost insurmountable challenges to become a reality. It is unique to Ireland and to our democratic institutions and is a legacy we rightfully cherish.