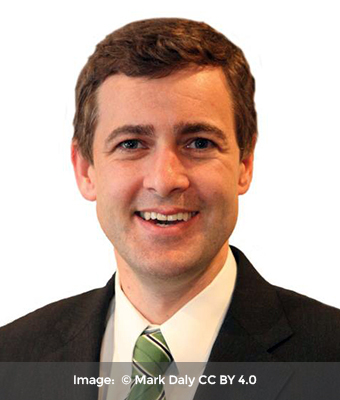 The election of the Cathaoirleach

The role of the Cathaoirleach

At its first meeting following a general election, Seanad Éireann elects a Cathaoirleach, or chairperson, who presides impartially and with authority over the business and proceedings of the House.

The Standing Orders of Seanad Éireann prescribe the powers and duties of the Cathaoirleach in relation to parliamentary business e.g. the conduct of debate, amendments to Bills and motions, disorderly conduct. Under the Constitution of Ireland, Seanad Éireann also elects a Leas-Chathaoirleach, or deputy chairperson.

The Cathaoirleach is the sole judge of order and has a range of powers and functions, namely:

An important power reserved to the Cathaoirleach is the power to accept and put a motion for the closure of a debate when, in his or her view, the issue has been adequately debated.

The Cathaoirleach is Chairperson of the Committee on Procedure and Privileges (Seanad Éireann), which considers matters of procedure generally and recommends any additions or amendments to the Standing Orders. The committee may also consider and report to the House as to Members' privileges.

While the Standing Orders regulate the proceedings of the House, they do not form a complete code of day-to-day procedure. They must be read in the context of how they have been applied or developed by the Chair over the years. The primary source for this is what are termed "Rulings of the Chair", which are decisions by the Chair on matters not specifically covered by Standing Orders or which apply the Standing Orders in specific circumstances. These decisions will have been made over a considerable period and by quite a number of different Chairpersons (whether as Cathaoirleach or Leas-Chathaoirleach ). The Chair is not necessarily bound by previous Rulings but, in a given situation, a Ruling is likely to be adhered to in the interests of consistency.

Under Article 15.11.2° of the Constitution of Ireland, the Cathaoirleach has and must exercise a casting vote in the case of an equality of votes.

To assist in the discharge of his or her parliamentary duties, the Cathaoirleach nominates a panel of temporary Chairpersons from the membership of the Seanad.

The Cathaoirleach represents Seanad Éireann at international meetings of parliamentarians, Conferences of Speakers of Parliament, the Council of Europe, European Parliament, and, with the Ceann Comhairle of Dáil Éireann, will co-host visits of foreign parliamentary delegations to Ireland.