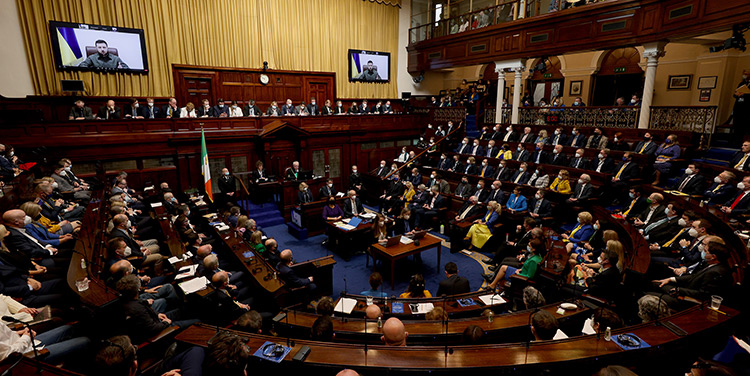 On 6 April, President Volodymyr Zelenskyy addressed a packed Dáil chamber via video conference from Kyiv during a joint sitting of the Houses of the Oireachtas.

Senators, TDs, distinguished visitors and representatives from many foreign missions in Ireland were present to listen to President Zelenskyy describe the horrors of war in his country. 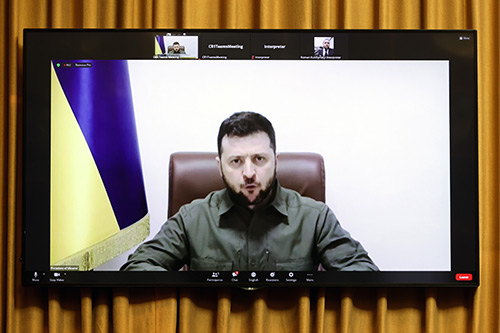 A standing ovation was accorded the President on the conclusion of his address. Taoiseach Micheál Martin, Tánaiste Leo Varadkar, party leaders and a number of other members responded to the Mr Zelenskyy's address with messages of support and solidarity.

Read the debate and watch the video

President Zelenskyy is the sixth head of state to address a joint sitting of both Houses of the Oireachtas and the first to do so via video link.